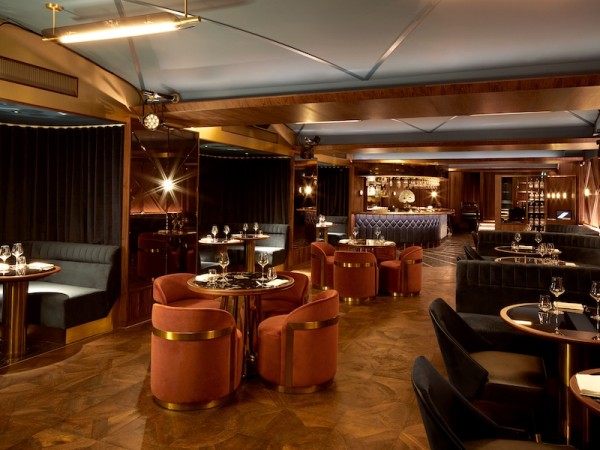 Darlings we have exclusive entry to Soho’s new private club; The Court. On former Kingly Street site of Bag O’Nails, a legendary music venue where The Beatles, Jimi Hendrix and The Rolling Stones frequented both on and off stage. The ultra-sleek Gatsby-esque basement bar is a decadent backdrop for our ‘mingling’ drinks.

The restaurant’s menu has been developed by Michelin starred chef Tom Sellers and the gem-like basement bar with extensive cocktail menu and décor by the internationally renowned artist Bradley Theodore and celebrity florist Nikki Tibbles.

The club intends to keep the venue’s rich musical history alive with a piano stage and nightly live entertainment.  Stay with us after 9pm as the bar transforms into a show – whether it be comedy or live music, we love a bit of spontaneity!

The Court is an amazing club and we think there’s some very compelling reasons…to join including a whimsical welcome cocktail, followed by a late-night show.

Barbara is a classic entrepreneur; her career has been defined by a series of iconic start-ups within telecoms, entertainment and fashion. She leads Investor Relations for a London-based consultancy raising capital for entrepreneurs. Alongside financial matchmaking she represents exclusive offline matchmaking agency Vida in London & Monaco, connecting their UHNW clients. Barbara’s innate sense of what it takes to fit people together, with a flair of hosting exquisite events, makes her a social anchor for all that know her.